Discussion of existing creatures, and original ones you create. Natural or fantastical, all are welcome to go under the microscope for science.
Post Reply
7 posts • Page 1 of 1

"... no larger than a good sized rat and quaintly called by the townspeople, "BROWN JENKIN" - seemed to have been the fruit of a remarkable case of sympathetic herd-delusion, for in 1692, no less than eleven persons had testified to glimpsing it. There were recent rumors, too, with a baffling and disconcerting amount of agreement. Witnesses said it had long hair and the shape of a rat, but that it's sharp-toothed, bearded face was evilly human while it's paws were like tiny human hands. It took messages betwixt old Keziah and the devil, and was nursed on the witch's bliid, which it sucked like a vampire. It's voice was a kind of loathsome titter, and could speak all languages. Of all the bizarre monstrosities in Gilman's dreams, nothing filled him with greater panic and nausea than this blasphemous and diminutive hybrid..."

Wow. I just threw-up in my mouth, a little.

That is fantastic! Do you know what it is from?

Sent from my ADR6425LVW using Tapatalk 2

It's a shame...that was a decent movie with good atmosphere and production values let down by a horrible ending. The monsters totally look like rat-things, though! 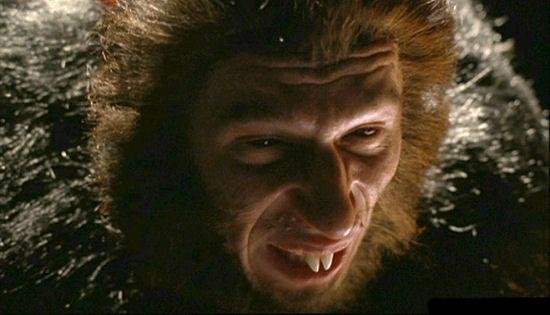 I should check out 'Afraid of the Dark'...I've avoided it because I heard it had a bad ending. But the critter picture is compelling.
Monsters...I love them. Always have.

Stuart Gordon's: Masters of Horror 'Dreams in the Witch House' I think was one of the better episodes in the series. My fav being his version of Poe's 'The Black Cat' featuring the amazing Jeff Combs as Poe.

The Stuart 'Brown Jenkin' worked well enough within budget constraints. I'd rather have practical effects than bad CGI.

It's sad, I think that's the last thing Gordon has done. I'd love to see him do another Lovecraft adaption. 'The Hound' or 'Rats in the Walls' would be two I'd really like to see him get a shot at.
If religion were true, its followers would not try to bludgeon their young into an artificial conformity; but would merely insist on their unbending quest for truth, irrespective of artificial backgrounds or practical consequences.