Tell us about the new thing you picked up. Be it a game, module, mini, dice, board game, novel, comic, video game, music, or whatever. Share what you love, or loathe with everyone.
Post Reply
7 posts • Page 1 of 1

If you fancy watching someone else opening a Christmas present, Paul Fricker has recorded a video of himself opening a huge box of goodies from Sans Detour. The associated blog post also includes lots of pictures of the books themselves. 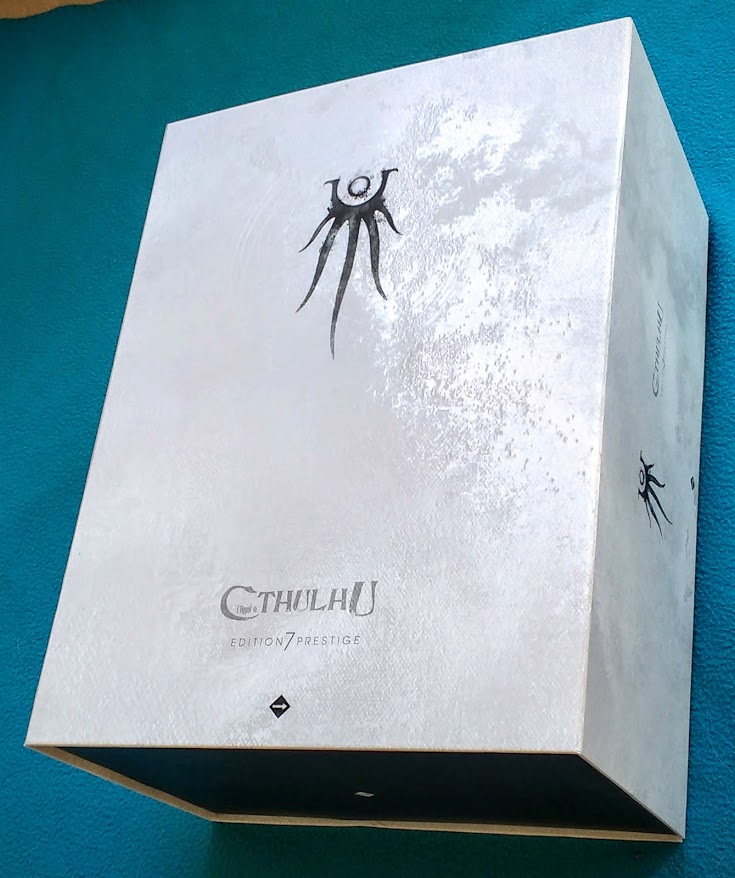 One of The Good Friends of Jackson Elias
Top

That is bad ass! Thanks for sharing!
EddyPo is a hack.

I wonder how many Call of Cthulhu players are currently busy brushing up their French.

One of The Good Friends of Jackson Elias
Top

Scott Dorward wrote:I wonder how many Call of Cthulhu players are currently busy brushing up their French.

Although I have not yet purchased this product, fortunately I can rely upon my time in Canada's excellent French immersion program in public school. As such, I own quite a few of Sans-Detour's fine CoC books ...
Top

Thanks to Paul for doing this, I had taken a bunch of photos of mine but was dreading the uploading/posting of them

This thing is awesome-sauce. I love the use of period photos throughout the rules books, it really gives me a good idea as a keeper as to what the setting was like, rather than some of the terrible cartoony art in the Chaosium 7e. Then the monster book is all fantastic artwork.

Even though I don't have more than 2 years of French, I will still be able to use some of this stuff. I can easily use the monster cards as handouts (since my players won't be able to read the French stats anyway

Also amazingly high production quality, kickstarter was this spring and it's already fulfilled (Chaosium, get with the program!)
Hypergraphia Issue #1
Top

That is amazing. Hopefully we'll get the same exact thing in English on the stateside.
Top

As far as the text goes, the Keeper Rulebook and Investigator Handbook are translations of the English books that Chaosium are publishing. They do look nice, but I won't be able to tell which version I prefer until I see the English version in print.

Do you think the period photographs work? They convey a period feel, but for me, Call of Cthulhu is modern day as much as 1920s. When I ask 'do they work', I mean do they excite you and make you want to play the game?
One of the Good Friends of Jackson Elias (a Call of Cthulhu podcast)
Top
Post Reply
7 posts • Page 1 of 1