Hi guys been a member here for a while, I don't post much though.
I just wanted to let you folks know about something you inspired me to do.

A few years ago shortly after starting to listen to the MU podcast and HP Podcraft, I started up a new World of Warcraft guild on my server of choice (been there since 2007), Children of Innsmouth on Moon Guard - US.
We started out humbly just friends from other guilds and the occasional new folks, in the last year it has grown and progressed so much.
If anyone in this community is interested in a guild of good fun people many of whom are HPL fans. Come on over and check us out, I am Kadath in-game. 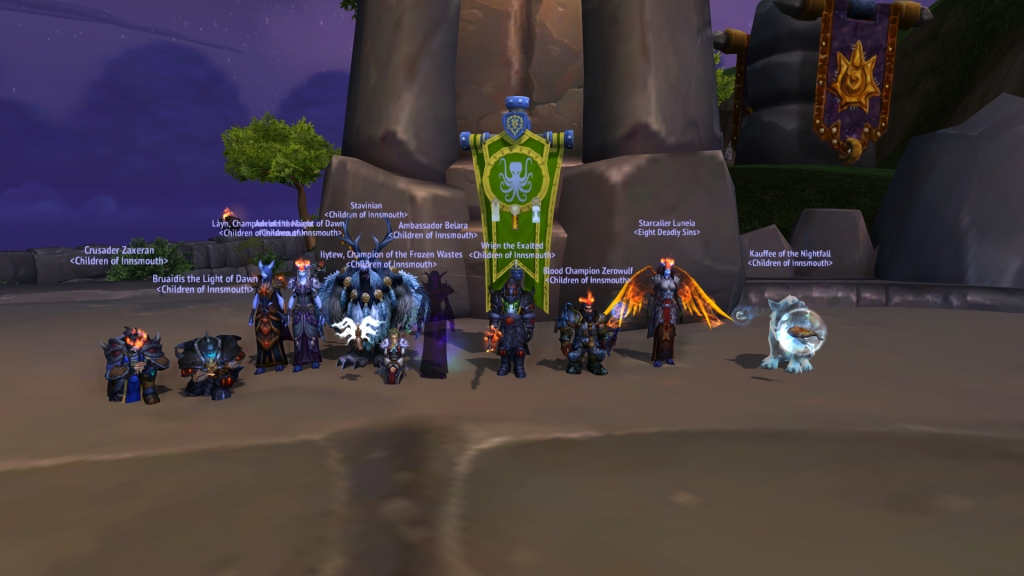 That is so cool. Congratulations on the growth of your guild. Hopefully some others from the forum here play and join up with you.
Keeper Dan of the Miskatonic University Podcast
Top
Post Reply
2 posts • Page 1 of 1